Sunday it should have started the ultimate research for the lost Leonardo's fresco The Battle of Anghiari (1505) in the Hall of Five Hundred (Palazzo Vecchio, Florence, Italy). Instead, it started yesterday, and with some new rules. From now, also the Opificio delle Pietre Dure is involved.

Hardly wanted both by the City Council of Florence and the sponsor National Geographic - and obviously allowed by the Italian Minister of Culture -, the entire operation was suspended by the Soprintendenza at the very last minute. There were in fact concerns about possible damages to the fresco by Vasari.
From 1563, The Battle of Marciano in Val di Chiana (known also as The Battle of Scannagallo) by Vasari covers the east wall, where the The Battle of Anghiari by Leonardo was. In order to perform further investigations, with some sort of endoscope, it is necessary to hole the more recent masterpiece. 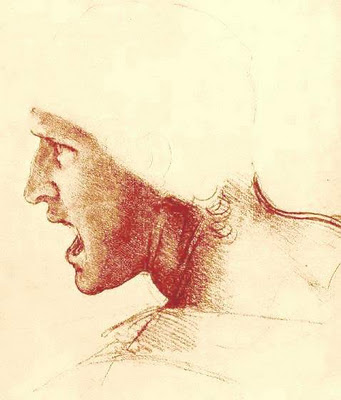 Study of a Figure for the Battle of Anghiari, Leonardo (public domain)
Who and why believes there's a Leonardo hidden behind the wall? In the first place Maurizio Seracini (University of California, San Diego), an Italian engineer and expert in high-technology art analysis. He believes it because of the chronicles by Vasari himself and because of a clue he would have left (painting a green flag with the words Cerca trova - seek and ye shall find - on top of another mural in the hall). 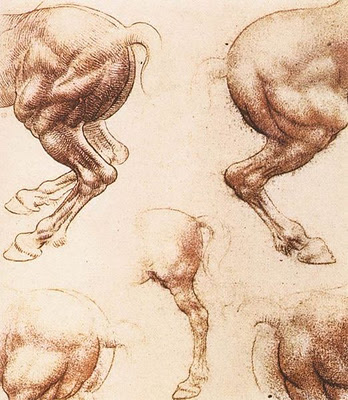 Study of Horses, Leonardo (public domain)
There's indeed a precedent: when Vasari was ordered to restyle the Santa Maria Novella church, where the Trinità of Masaccio was, he didn't destroy it, he just covered it.
In the past years, Seracini has already found out that Vasari had built another wall in front of the wall where the fresco of Leonardo da Vinci should have been. He found a gap of a few centimeters between the two walls. 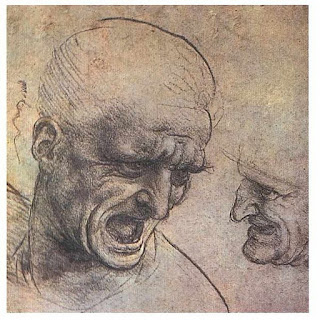 Study of Heads of Warrior, Leonardo (public domain)
Who doesn't believe it? For instance, the historian Tomaso Montanari, professor at the prestigious University Federico II di Napoli. He declared that the "hunt" for The Battle of Anghiari by Leonardo "is just propaganda". He praised the responsible for the suspension, Cecilia Frosinini, director of the department of Opificio delle Pietre Dure which deals with mural paintings.
Frosinini, who yesterday quitted, claims no scientific report has been provided during the meetings preceding the start of the investigation and states: "It's an ethic question, since my mission is to protect the works of art, and here it is about an invasive intervention on the painting" (the one by Vasari).

Updates.
On December 5, a group of scholars, intellectuals and representatives of the association "Italia Nostra" presented a complaint about the risks of the research for The Battle of Anghiari to the Public Prosecutor Quattrocchi.
On December 7, Carabinieri visited Palazzo Vecchio questioning the technicians at work on The Battle of Marciano in Val di Chiana (or of Scannagallo) by Vasari, which supposedly covers the lost fresco and through which a endoscopic microprobe was passed.
During the past days, the equipe found particulate on the hidden wall. It could be egg, which once was used to set the sinopias.
Posted by elettrarossa at 05:09