On November 20, 2010, during Paris Photo, a stunning international photography fair, Christie’s put up for auction more than sixty lots consisting of Richard Avedon’s most known pictures, so far belonging to the Foundation Richard Avedon. The news attracted me because this was both one of a kind auction in Europe and a very rare monographic sale. But it has to be considered that in America a Avedon's work - the Beatles psychedelic portraits - was sold for a crazy amount of money, totally estimated as 464.000 dollars (Christie’s, New York, 2005). 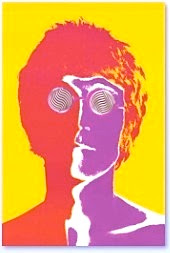 Label sticker by Retronblossom on Etsy
Richard Avedon (NY, 1923-2004) was maybe the most influential photographer ever within fashion. Briefly: in 1946, when he set up his studio in NY, he started providing pictures for magazines such as Vogue and Life. He was hired and soon became chief photographer for Harper’s Bazaar. In 1966, he left that position to work for Vogue, where he had a fast career (from 1973 to 1988 he signs most of the covers). From 1992 until he died in 2004, he was staff photographer for the New Yorker.
During his impressive career, Richard Avedon photographed American powerful men (i.e. Kissinger), rock stars (i.e. Electric Light Orchestra), and so many artists, musicians, writers I won't even try to list. Nevertheless, he’s probably well known mostly for unforgettable pictures such as Dovima with Elephants (Cirque d’hiver, Paris, August 1955) or the “sad” Marilyn Monroe  (New York, May 6, 1957). He actually became famed catching beautiful women wearing Dior and Cardin in a totally new way.
An enlightening comment by himself on his path can be this:
“ I was overwhelmed. Mrs. Vreeland kept calling me Aberdeen and asking me if a wedding dress didn’t make me want to cry.  They’re all serious, hardworking people – they just speak a different language. So I took my own models out to the beach. I photographed them barefoot, without gloves, running along the beach on stilts, playing leapfrog. When the pictures came in, Brodovitch laid them out on the table and fashion editor said, ‘these can be published. These girls are barefoot.’ Brodovitch printed them. After that, I was launched very quickly.”
(R.Avedon, 1965) 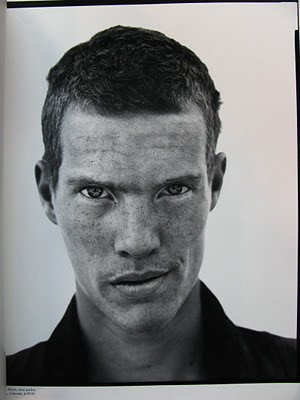 Book by Openairmodern on Etsy

And he has never stopped being fresh and revolutionary in his fashion work. Later, for a Calvin Klein jeans campaign, he chose to work again with Brook Shields, who was in her fifteen, stating that she "focuses the inarticulate rage people feel about the decline in contemporary morality".
Andy Grundberg said that Avedon's work “helped define America’s image of style, beauty and culture” (October 1 2004,  The New York Times). 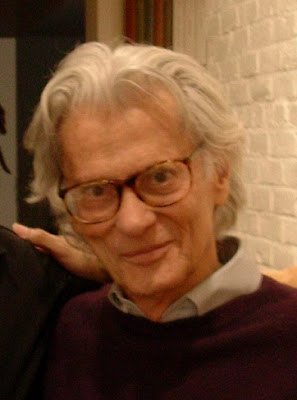 Although he became renowned as fashion photographer, Avedon was a complete professional and he can be recalled for many other projects, among which the six-years lasting In the American West, on behalf of the Amon Carter Museum, Texas (1979-1984).
Original photos from this latter are among the Parisian lots, while there aren’t any from An autobiography, a three-year project made out of photographs he took with a Leica at the East Louisiana State Mental Hospital, Jackson, Louisiana, where his beloved sister died.
His extreme sensitivity can perhaps explain a fact, reported as curious by his assistant and author of Avedon at Work Laura Wilson: Avedon used to treat his subjects “with the attention and dignity usually reserved for celebrities”.
Posted by elettrarossa at 03:13