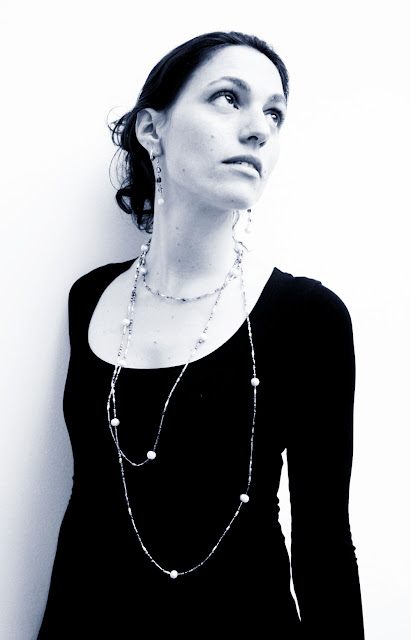 COMING SOON!
Posted by elettrarossa at 04:57 No comments: 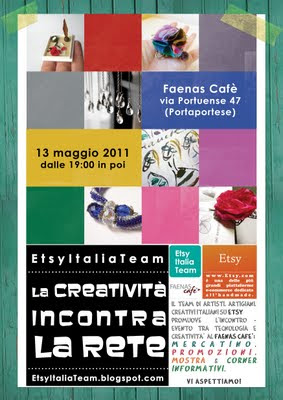 ...WHEN CREATIVITY MEETS THE NET!

On may 13, 2011, from 8 pm
free entrance event
at Faenas Cafè, Rome, Italy
by ETSYITALIATEAM
Evening Programm
TRADE SHOW with product samples by the team's ARTISTS and ARTISANS
PRESENTATION and screen show of the work and the crafts of the team
STREAMING connection and cover of the the event via TWITTER
INFORMATION CORNER, face-to-face with the team members
Download and print your 10% discount
DOWNLOAD THE COUPON HERE

Posted by elettrarossa at 02:53 No comments:

A True Story about Costume Jewelry

These are my Cupid Earrings, enchanting pieces of florentine costume jewelry. 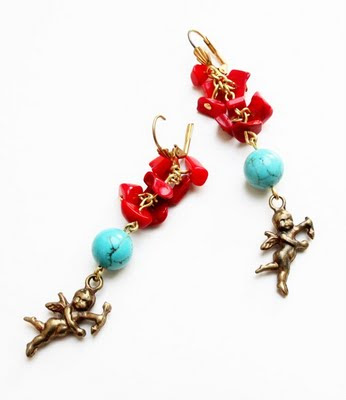 Cherubs Earrings Turquoise and Coral
Putto, Little Angel and Cupid are different ways of calling the same figure of speech: Love. The toddler with bow and arrow belongs indeed to a timeless Love tradition: Love between the lovers, Love among the people, transcendent Love. We meet him in classic greek and roman art, then over and over again in paintings and sculptures through middle age, renaissance, baroque and modern art. Not surprisingly, it is still a sign of Love nowadays.
The wise crafters who taught me about crafting have always told me that this kind of jewelry appeared in Florence when the Americans started visiting frequently our city (a growing presence of Americans dates back to the 50's, after World War II, while what we call "mass tourism" began in the 70's). 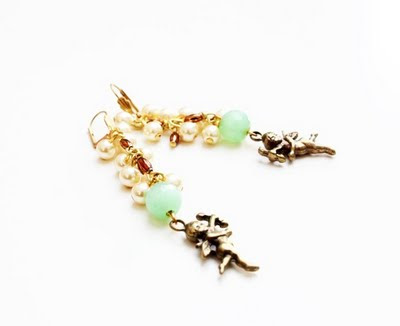 Cherubs Earrings
In the city center, especially in the two southern quarters where I used to work (Diladdarno), a lot of them bought houses and created a proper community of Florence-lovers.

There were at the time many artisans which were very poor and often, without any licence, had the habit to sell their costume jewelry on the celebrated bridge called Ponte Vecchio - the only one left unhurt by the Nazis -, where the "real" jewelers (gold and gem crafters) have their boutiques.

The presence of the Americans was like a manna from heaven to those crafters. And so they used their creativity to come as close as possible to the taste of the rich foreigners (surely rich with respect to them). 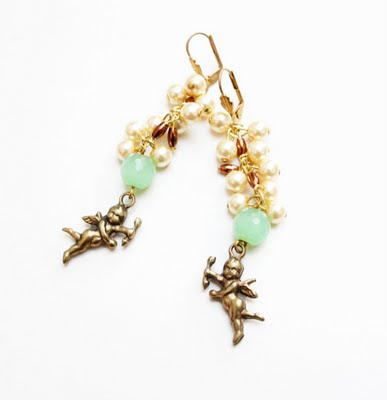 Cherubs Charm Earrings
And that's the origin of the kind of costume jewelry that I make myself and that nowadays is mostly considered properly Italian. And it is, finally. Nevertheless, the truth is that it is a fusion-jewelry, coming out from the Renaissance imaginary which the Americans seemed to appreciate very much and the less expensive techniques of the time, such as the usage of the metal bathed in 14 carats gold (especially red gold, containing high levels of copper).

Of course, the crafters were able to put all demands together without effort, thanks to the knowledge of the notorious "botteghe".

My earrings are a legacy of that attempt. An attempt, I have to admit, that was very successful. The gilt costume jewelry was sold so easily indeed that the poor artisans ended up rich themselves. 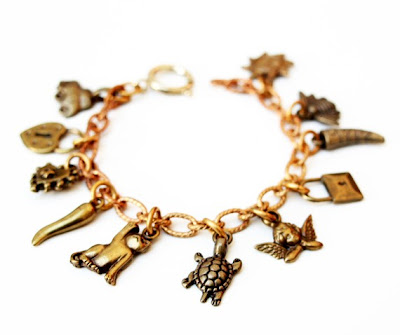 The Rosso Fiorentino Putto Charm in a Bracelet
Due to the fact that I do not have a lab here, I didn't gild the earrings and bracelets you may see here, but I believe that's not the most important fact, since that operation can be done in every moment.

To have an idea of the complete outcome: 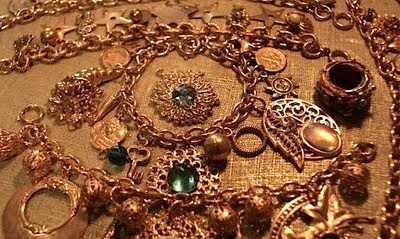 In a Costume Jewelry Work Lab in Florence, Italy
I'm very concerned about the slow disappearing of the techniques we are talking about, that until now had been renewed from time to time by young artists. Up to one years ago, there were only few labs left which continued to handcraft in such a way without big factories involved.

I'd like for hand made goods to be really encouraged. Waiting for that moment to come, I believe that marketplaces such as Etsy can help in the task of preserving this niche of products, products that signify more than we think, being the result of a special human bounds among peoples, territories, competences and much more.
Posted by elettrarossa at 05:21 1 comment:

The Irrational Side of Fashion.

Is fashion as whimsical as the irish sky or does it follow predictable rules?
Well, changeability is part of fashion as we know it, but the way it changes... that's another matter. 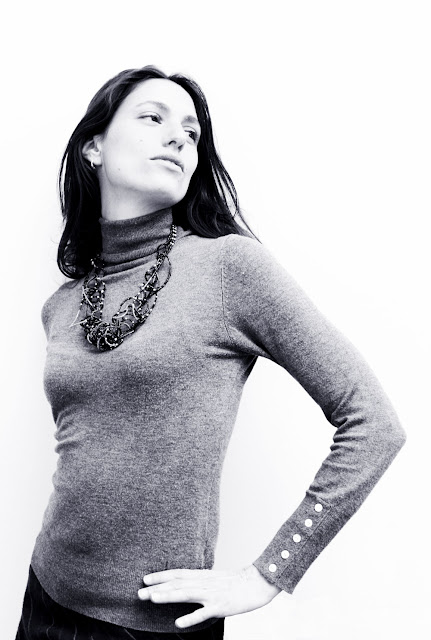 Curly Necklace in Blue Navy (SOLD)
For instance, after The Devil wears Prada, we all know that trends are decided by big factories and imposed by media. Is fashion then another expression of heartless capitalism?
Yes it is. But it's not enough to explain the fashion-fascination. 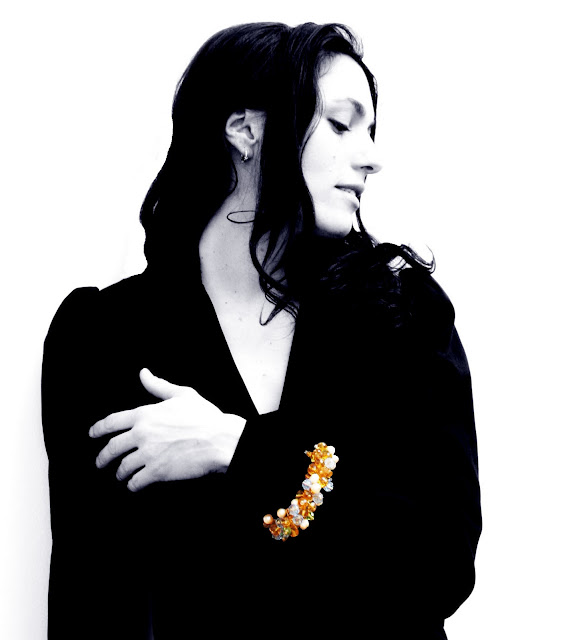 Italian Crystal and Freshwater Bracelet
Both as mainstream art or niche craft, it's no wonder fashion belongs to creativity, to the same speechless vision which leads the artists. And that's the reason why unconscious issues should definitely rest down there, at the very heart of vogue.
Is fashion though subject to the realm of irrationality? 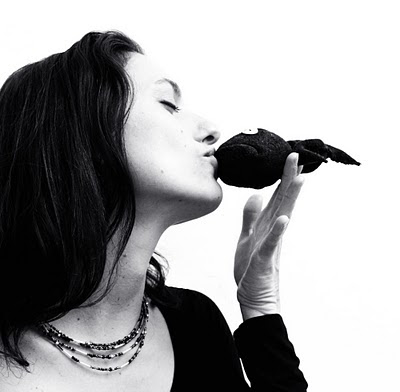 Pierrot Beaded Necklace (SOLD)
Not that much. But there's neither so much rationality at work, for instance, in the sophistication of the body. I mean, what about the overstuffed shoulders of women in the 80's, in comparison with the big breast of the tribal idols or with the exaggerate hips of the French court? 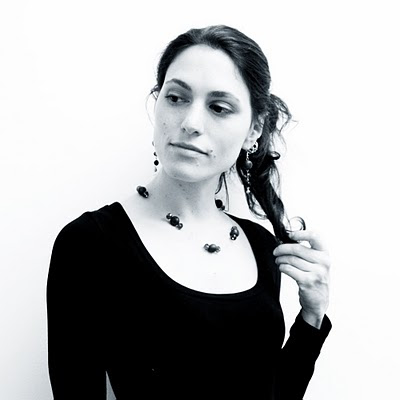 Invisible Byzantium Flowers and Matching Earrings (SOLD)
I think those sophistications are more than the signature of a single stylist. They are basically a psycho-mirror of the present issues we deal with, as society.
However, there's a naive form of poetry also in the way fashion stylists pretend to transgress social codes: think about the link among fur, feathers and the femme fatale. Yet, how old are you? 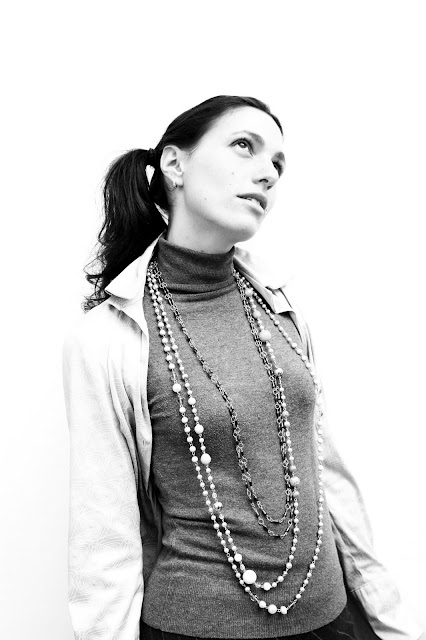 Retro Beaded Link Chain Necklaces
The point is that fashion tells us more than some corporations' branding success. Fashion gives a voice to timeless, common desires. So, it should be fine to believe that imagination does use powerful, evil corporations to channel and amplify its secret message, rather than the opposite.
All that stands out when you visits the Etsy shops. The message is kind of more clear without the disturbing mediation of advertising, shining signals and fashion statements. When I'm looking at the etsians' products, I can't help myself from thinking these are actually the things people like. I stay enchanted and astonished for hours, feeling I'm in the place where the new trends and ideas are coming out every day. Down there, Where The Wild Things Are.