I'm glad to introduce you ADA Lab, the first Italian steampunk infolab, freshly sprouted in Vicenza, Italy.
ADA Lab is the right place for all of us interested in underground culture and D.I.Y, geeks, bio-vegan food addicted, and, of course, for those who can't help spotting literary quotations. 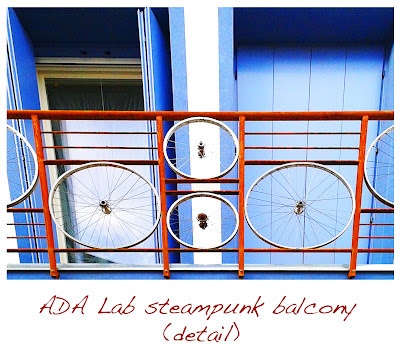 In fact, the name ADA is a tribute to Ada Lovelace, the first computer programmer ever. Ada, daughter of Lord Byron, writer herself and mathematician, has been an icon of steampunk literature since the novel The Difference Engine by Gibson and Sterling was published.
A myth which couldn't be more feminine, recently renewed thanks to the webcomics 2D Goggles by Sydney Padua.
Due to the libertarian inspiration of the whole project, A.D.A. is also an open-end acronymous you can collaborate to (un)define.

ADA Lab is a public space. It recalls a hacklab, whereas the point is not just sharing I.T. know-how, but sharing itself. It's kind of a community center open to anyone. Possibly, a think-tank. The initiative is addressed to those who were waiting for a chance to come out of their isolation and take action against the boredom of practicing degrowth on their own. In order to do that, ADA Lab has an open (liberty) hall. 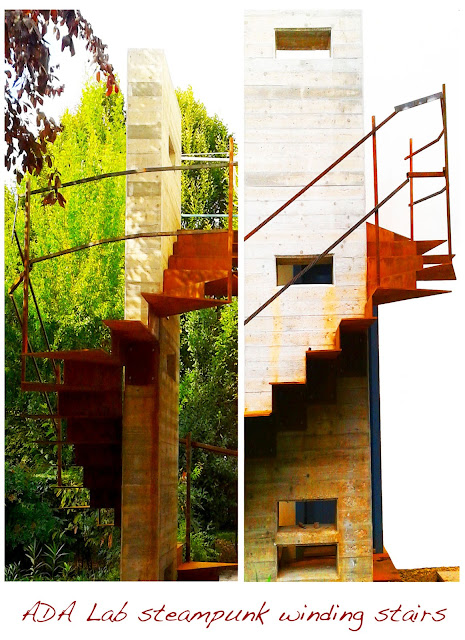 ADA Lab is a Bio-Veg Bed and Breakfast. The B&B also provides hospitality to the artists, crafters and geeks who cooperate on short term events, exhibitions, campaigns - or, more generally, share ADA Lab's experimental approach.
ADA Lab is a genius idea and a concentrate of suggestions. A fistful of words won't be enough to describe the philosophy behind such an ambitious project. Moreover, the idea is exactly the opposite: it's up to you what ADA is going to be…
Just a last note. ADA Lab is remarkable as a building itself. The place has been totally restored and transformed into a "steam house" (second quotation, Jules Verne).
A visit is mandatory if you're passing nearby. Fortunately, ADA Lab is easy to reach being strategically located close to the city center of Vicenza, the central station, and the Vicenza-Ovest highway exit.
ADA Lab made its opening during New Year's eve. At present, it's already holding two weekly happenings: the electro-pop happy-hour on Thursday and the freevegan dinner on Friday.


I suggest you to pop in, see how the newborn community run the place and get involved.