On May 20, 2012 a magnitude 6.1 unexpected earthquake, with epicenter in Finale Emilia, stuck a huge central region of Italy. Dozens of severe aftershocks shuddered through the nearby lands overnight and during the following days. On May 29, a second, magnitude 5.8 earthquake with epicenter in the close Medolla shocked again Emilia Romagna, making even more damages than the first wave. A third, magnitudo 4.9 aftershock hit the surrounding of Modena on June 3. While I write, the earth is still shaking.

Being Italian, I'm not new to earthquakes. I fortunately was always far away from the catastrophic ones, but since you can hear them in the distance - sense? feel? It's not a quite obvious experience -, I clearly remember the bufflement in occasion of Umbria (1998) and L'Aquila (2009).
This time I've heard the second one, but, since I was alone at home, I thought I was feeling sick. Outside, I met a lot of children, kids and teens - they evacuated the schools -, but I thought it was just a curious fact. Entering a bar, a woman pointed her finger at the TV, and commented "Ha visto, un altro terremoto". Terremoto. So eventually I got it. 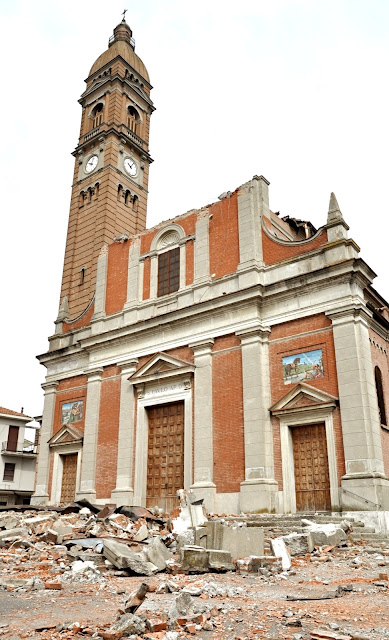 Some days after, heading to Milan airport, I was in region Emilia. I passed a few hours in a station waiting for a train. The air seemed hot, but I was wearing a cotton blouse that for june, in Italy, I'd normally consider pure craziness. It was not properly hot, in fact: it was wet, thick, dusty. The kind of steady air that makes you feel nervous. It was all so quiet. No one was speaking, and I can assure you it's very uncommon, we Italians are very chatty people.
It was not just me noticing the odd situation, I assume also the other people on the bench could feel it. For instance, they were suspiciously kind to each others, as they were embarrassed. Now this may seem irrational, but I thought they were checking on each other, waiting for a word, or to be helpful someway, waiting for sharing. But no one spoke. We all stood in a polite, respectful tension and when the train arrived, we run inside forgetting all those weird sensations. 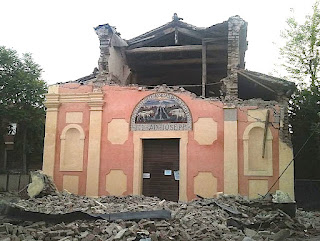 Earthquakes are able to awake your conscience. They make you think of nature in a different perspective and about all the things you take for granted. It's a shocking event either if you are in a safe zone as I was, miles away from the epicenter, or if you are the actual victim, the one who lost house, workplace, school or church in a blink of an eye. You can be grateful you're survived, but the idea that all you know can be destroyed in a few minutes, and you and your dears die, won't leave you soon. 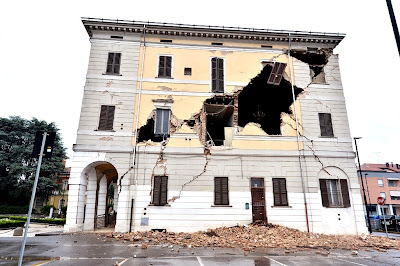 After a major natural disaster like that, one is powerless. But communities can make a difference. The Etsy Italia Team is fund rising selling items donated by its members to a collective Charity Shop. Many other teams joined its effort promoting the campaign through different channels: blog, twitter, facebook, as well as making treasuries for promoting awareness.

The team has already lodged 700 euro, and almost collected the double for a second donation.
It's a great result if compared to past campaigns, and that makes me kind of proud of my team and of all those buyers as well. Anyway, it's surely more than one single person can do, so it was my privilege to join them. Well, I purchased the buttons above. I realize now it's kind of a bad joke, but wasn't that the intention.

I'll be sincere. I generally don't like or join this kind of initiatives. So I'd just say: if you don't know how to help, join the campaign, buy something, and they will give all the profits to region Emilia Romagna. Because this people needs money, not opinions.
Posted by elettrarossa at 06:39 26 comments:

It feels good to receive an award, and that's why I really want to thank Magike Mani, the very passionate crafter and blogger who assigned it to me. Please, give a look to her marvelous works here, here and here: 100% handmade!

Actually she honored some of us with many prizes, but I picked this, all-Italian and dedicated to professionals, so I can reassign it to other blogs of Italian makers, following the five criteria:
My 100% reliable blogs are:


There is a question bound to the 100%affidabile blog award: When and why did you start blogging?


Well, I started a couple of years ago, shortly after I opened my etsy shop, because it looked like a must-do thing. On the one hand, to showcase my jewelry with more photos, stories, and long contents. On the other, to let people know who I am (does she even exist?), and how I work (does she make all by herself? Is that design original? Where the material is coming from?).

Below, the how-to if you received the award. 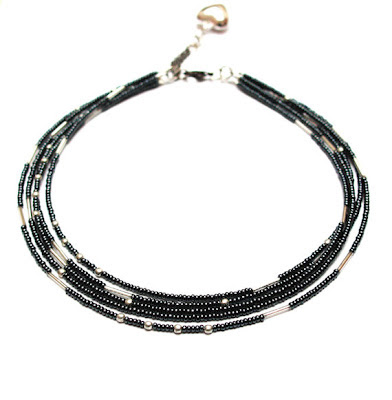 Immediately after the knotter pearl choker, this is my favorite kind of necklace! I like it because it wears as a ethnic collar - the strands gently overlap remaining distinguished - while the geometric pattern adds a pinch of retro elegance. I'm so happy I sold the first and the second I listed in my shop to the same woman, who appreciated them as much as I do. So I recently post this third, in smokey blue and silver, a combination I find quite impressive!
Posted by elettrarossa at 05:25 20 comments:

As I said to Topogina, I had a wonderful sunny weekend! So I spent both saturday and sunday afternoons outdoor. But it turns out sun is a great engine for creativity! I don't even know how I came out with this, nor what is it, exactly...maybe a mini-journal?! 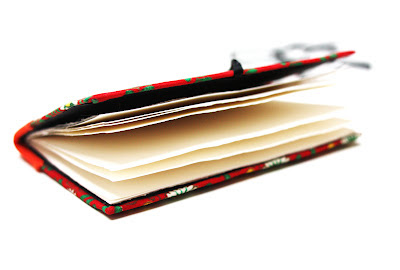 I made it recycling paper (inside) and a cardboard box (cover). I sewed them together in the middle with my mini-sewing machine. I've read about that on a maker's blog, but unfortunately I can't remember which one! 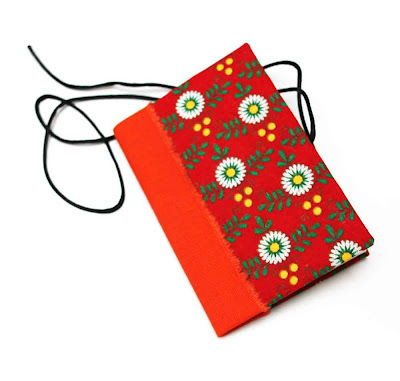 I covered it up with the vintage fabrics I brought back from Italy, and refined the blank spaces inside with black bristol board.... 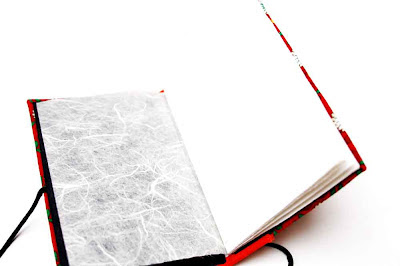 The first and the last pages are made out of white rice paper. Ah, of course, before glueing the fabric, I also sewed the black satin cord on the cardboard. 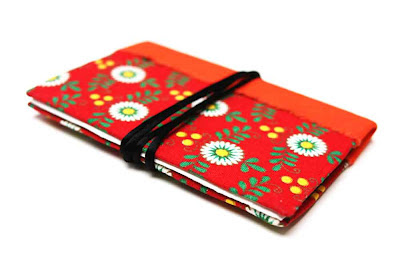 The technique is the same I used to cover with plastic my school books when I was a kid - did you do that?! -, at least this is the memory which came to my mind in the first place. Well, I have these amarcord moments when I craft!
Posted by elettrarossa at 04:07 24 comments:

I'm finally back from my latest trip to Italy. After a couple of sunny days I spent in different cities as scheduled, I've been lost in the mist for an endless week. Very romantic, but still: mist. Unexpected earthquakes, and then mist. The two things are not related, of course, it was me moving up and down the "Italian boot"! Anyway, I had never seen something like that, before. 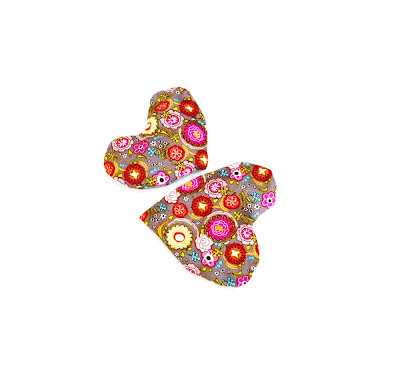 Lavender Hearts by Elettrarossa on Etsy

Back to Dublin, I was welcomed by heavy rains. This european spring is not working at all. Fortunately, I brought back beads, delightful vintage fabrics, and the silk I was waiting  arrived meanwhile! Yahoo!!!

I think I'm going to have a crafting weekend, so...Stay tuned!
Posted by elettrarossa at 03:20 12 comments: