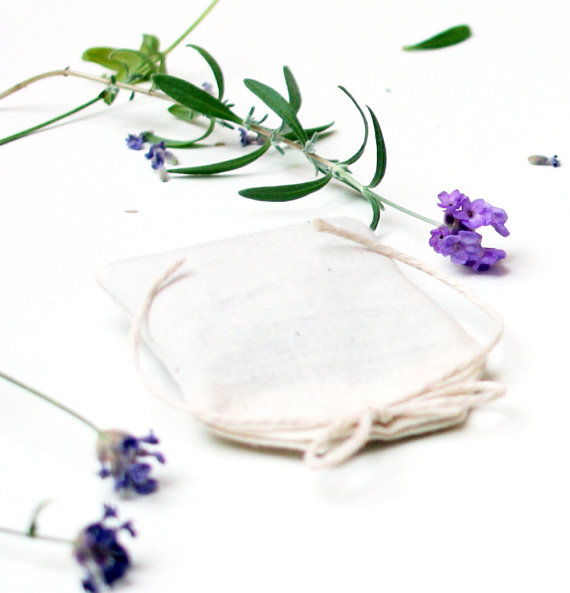 This week I'm not at home, so I'm writing a very, very, brief update about a new entry: the tea bag shaped lavender bags! 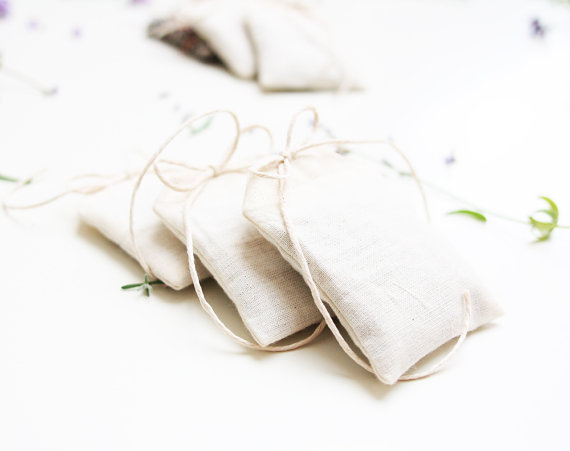 I've always had some lavender bags among my listings, but I think the tea bag shape is brilliant! 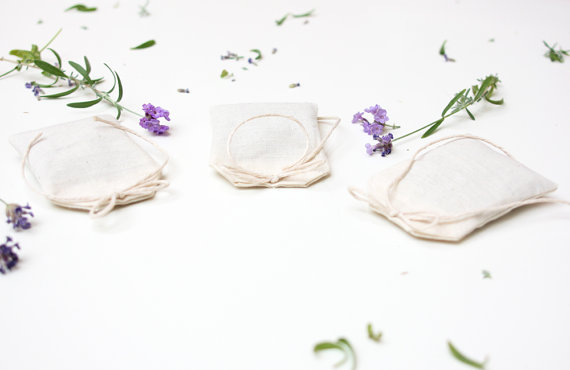 The fabric is as usual 100% cotton, while the dried lavender buds are...edible. The reason why I couldn't find simple lavender remains obscure, but I won't complain about it! 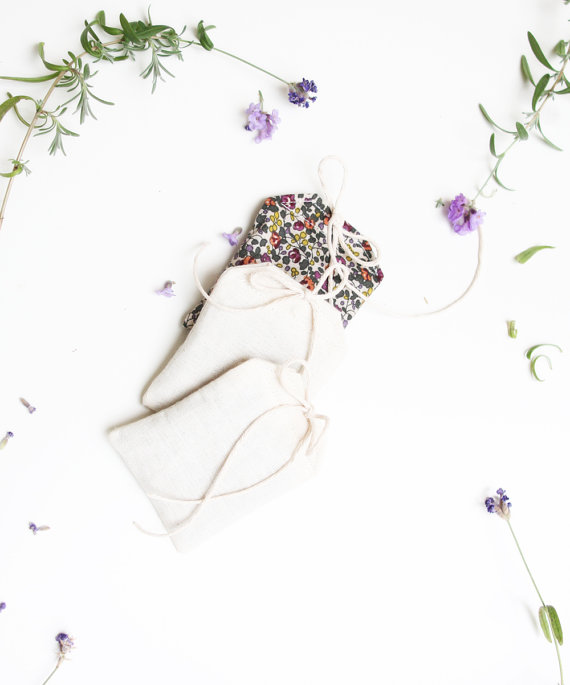 ...Let's say if you wanted to eat my bags, or infuse them in hot water and drink them, well, I guess you could. 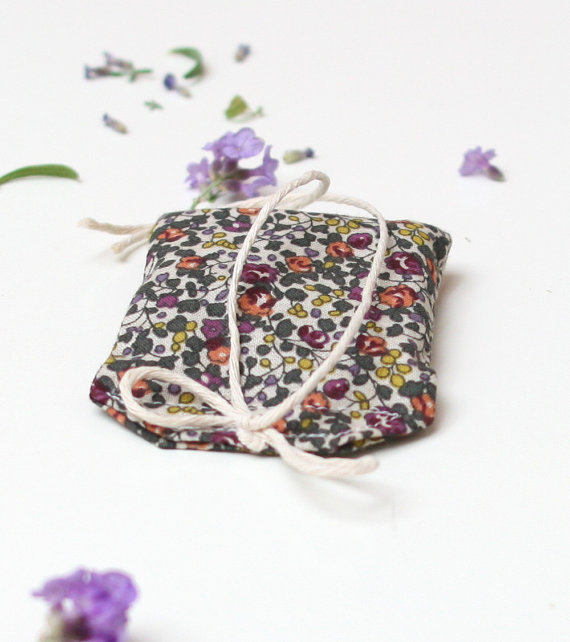 For Doing It Yourself, my only advice is to cut a 15 x 6 cm strip of fabric. The rest is up to you, just unleash your creativity!

Elettra
Posted by elettrarossa at 12:02 5 comments:

The Red Wedding Dress, Part III. How to Do It Yourself. Pattern Making!

As promised, here I come with the red wedding dress tutorial, or how to Do It Yourself! The post is long, but don't be scared, it is easier than it seems! If you need any help, drop your questions in the comment section or...just contact me! First of all, measurements. Get yours with a measuring tape in front of a mirror or, even better, let someone take them for you. Remember to keep that tape loose, you don't want to die in your dress! Use this tutorial for help. 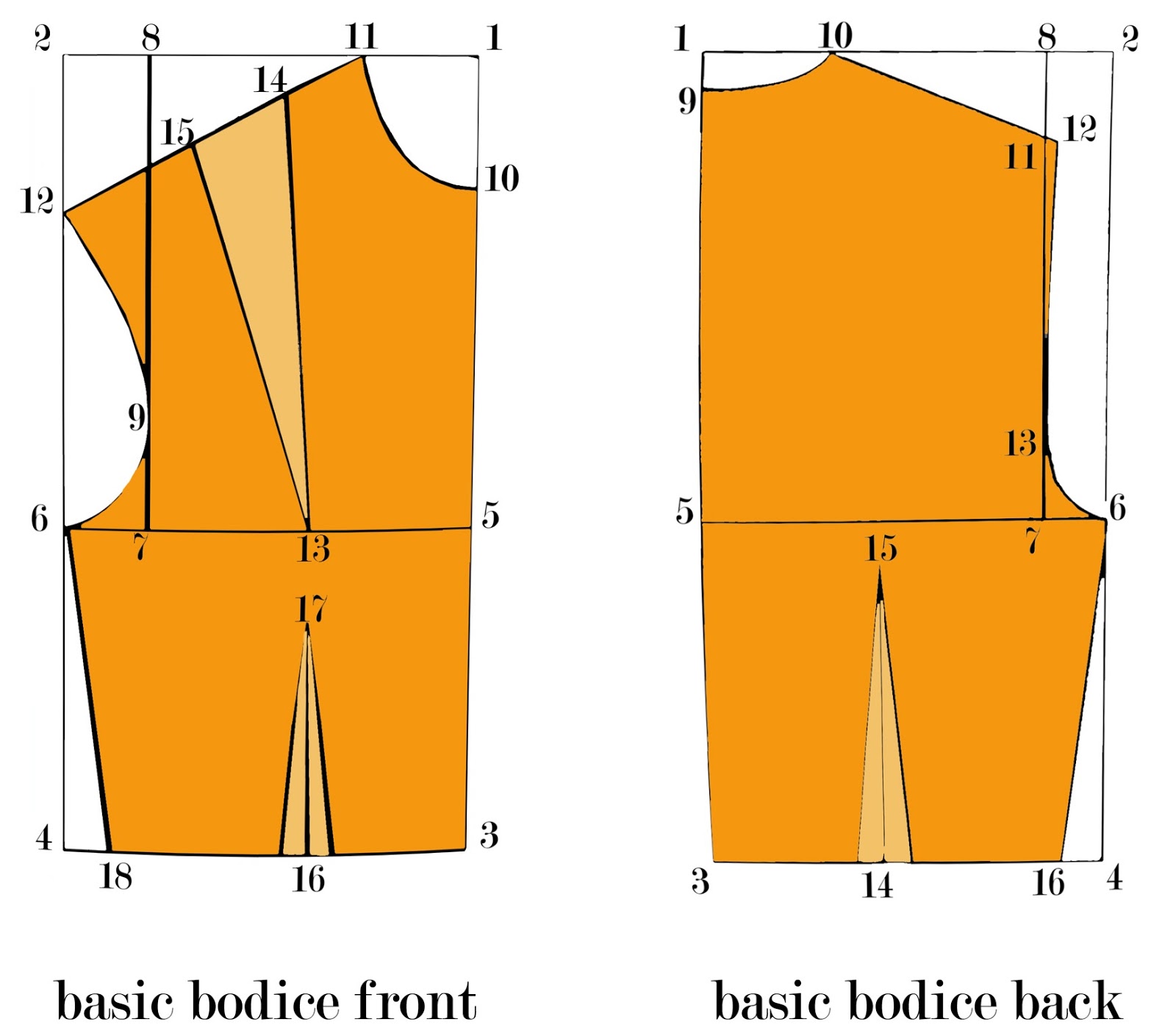 Darts are in light yellow.

In order to draw your top pattern, you must find a bunch of points and connect them. Keep your measurements at hand, and start drawing! 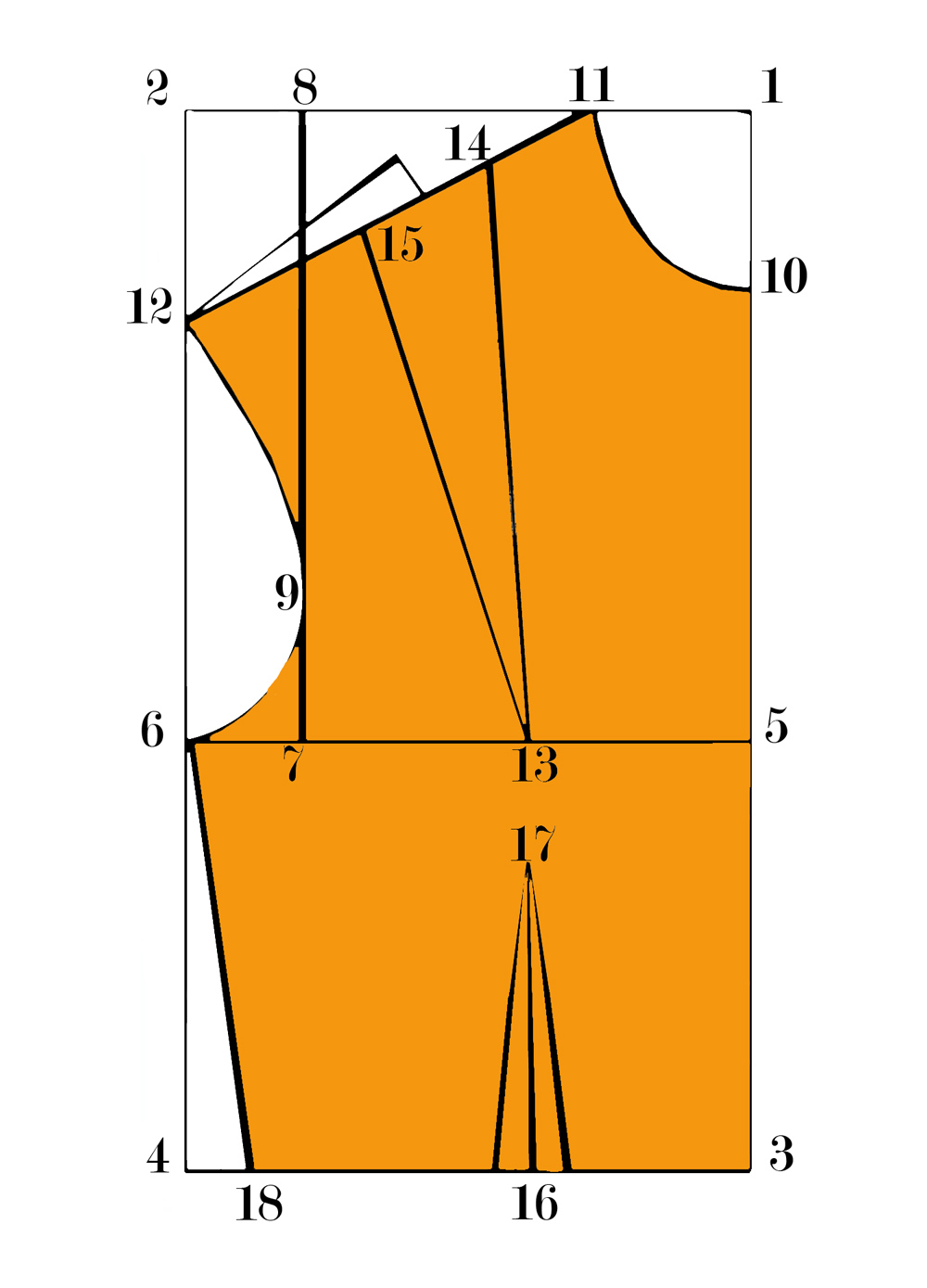 Before cutting, leave at least 3 cm above the shoulder, as shown in the image. It will be necessary when folding the upper darts and shaping the actual shoulder line.


For a double front draping (as the one you see in the picture of the red wedding dress): connect points 11 and 10 with a straight line and continue until X, where 18-X is 3/4 your waist measurement. The draping will consist in folding those two long triangles as you prefer, and then sew them within the side seams. 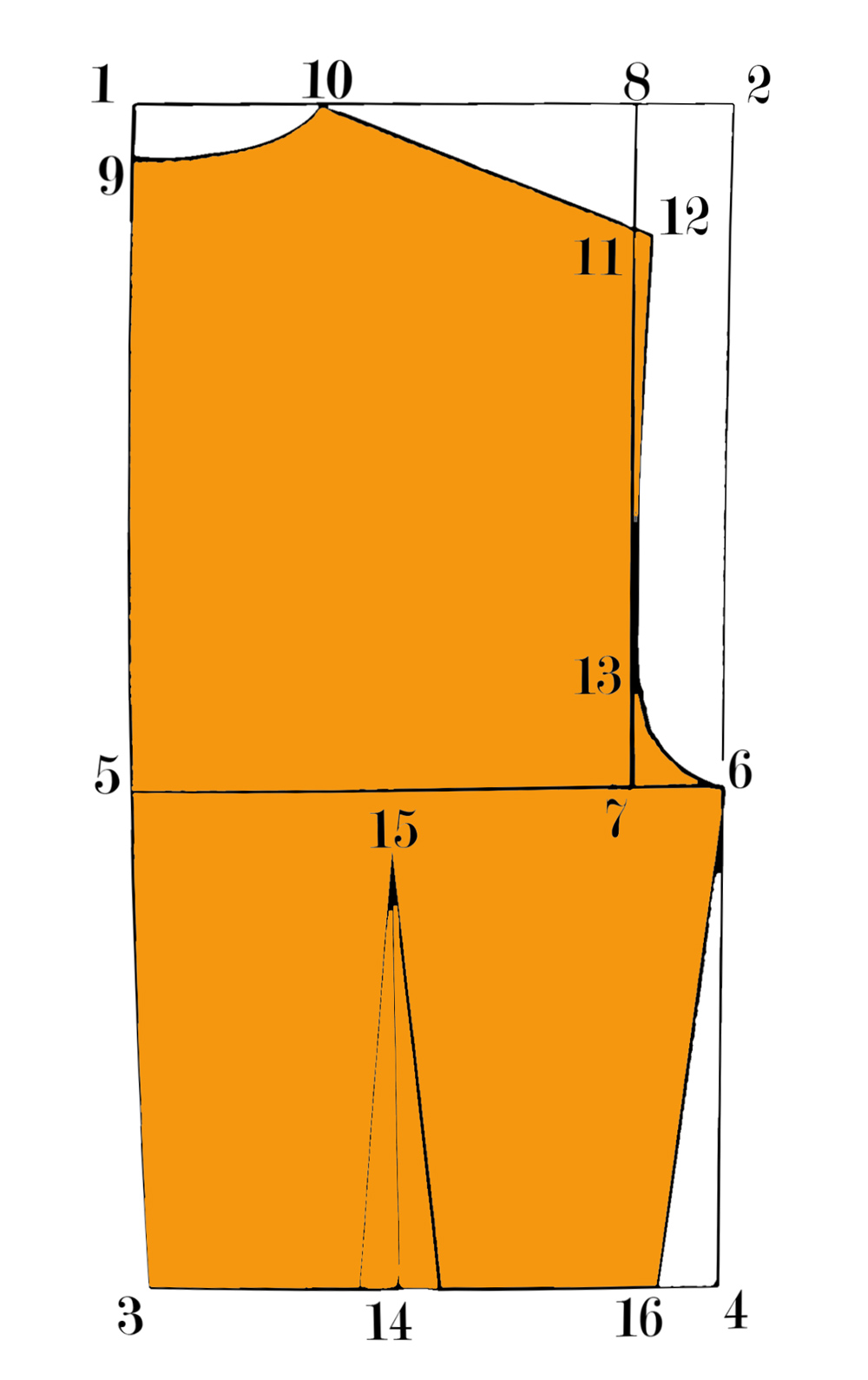 SEAMING ALLOWANCES: When transferring the pattern on fabric, consider 2 cm for seaming allowances, meaning at least 2.5 cm (1 inch) all around it. Then cut.


...Well, now I must admit that the original pattern from the Italian seamstress was pretty perfect so I haven't had many concern about sleeves! I found anyway a post blog here which explains the "sleeve logic" pretty well. 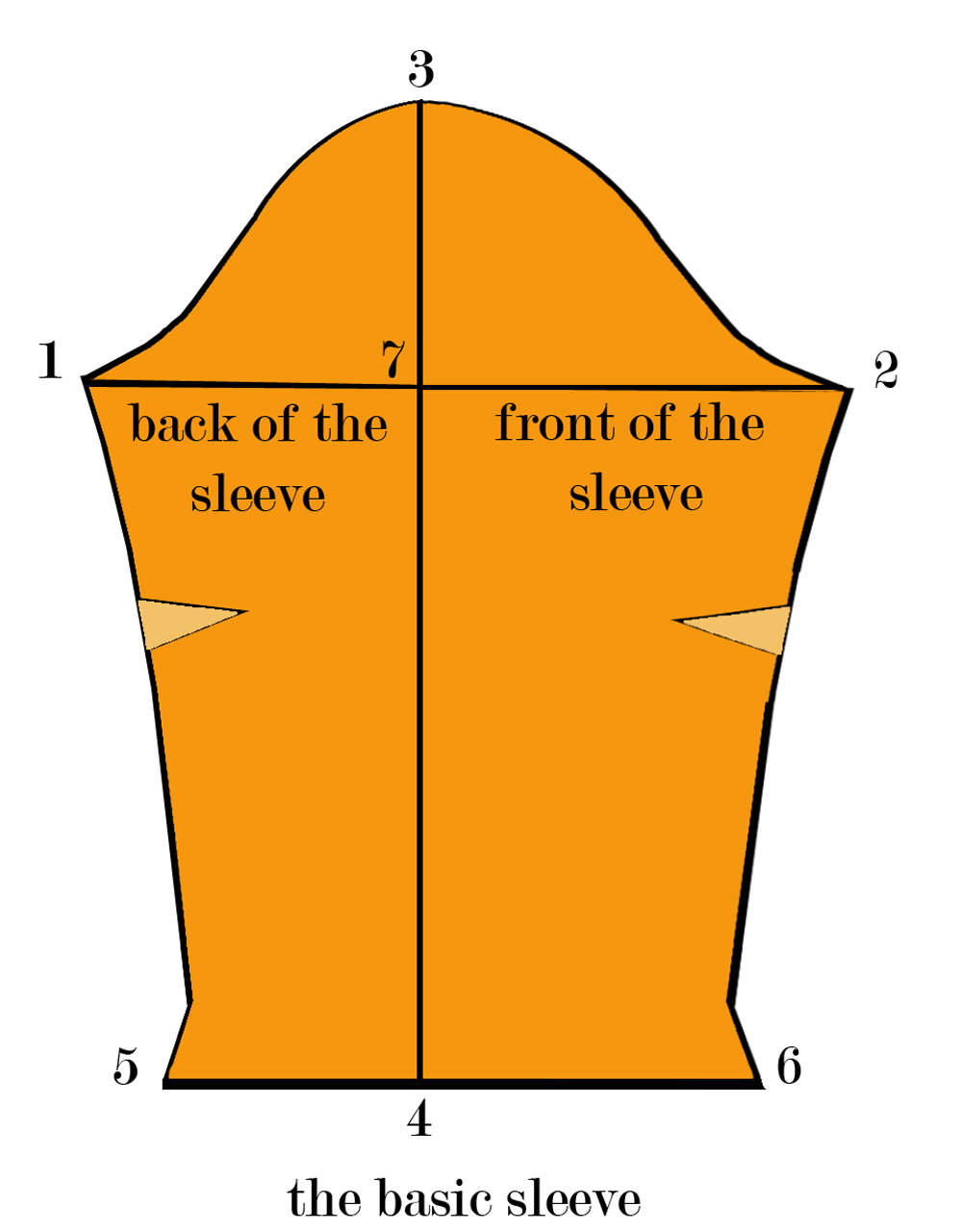 You need just one sleeve pattern, because one sleeve mirrors the other. To find the other, just reverse your drawing on the fabric.


SEAMING ALLOWANCES: When transferring the pattern on fabric, consider 2 cm for seaming allowances, meaning at least 2.5 cm (1 inch) all around it. Then cut. 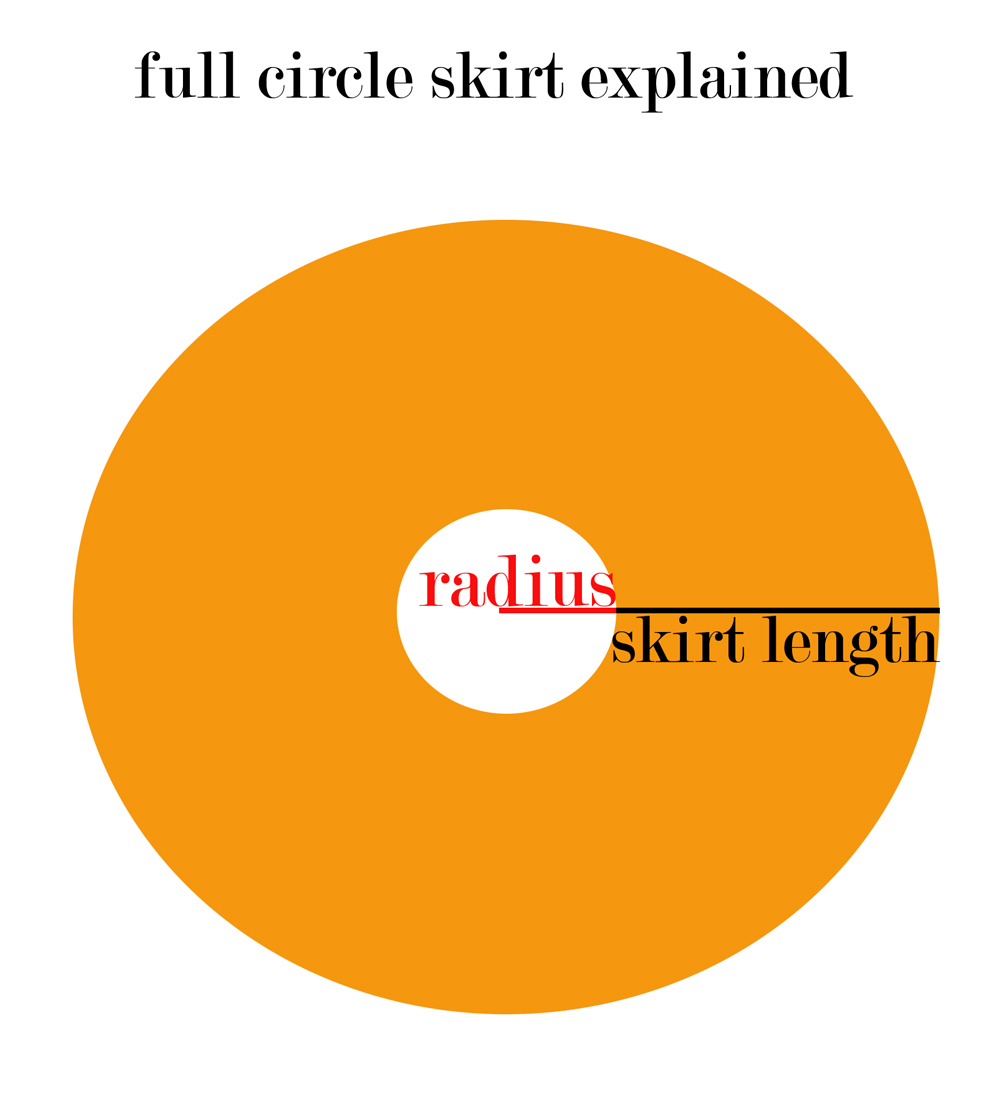 This is the awesome part! The circle skirt is very easy and funny to make, so let's start immediately! The necessary premise is that circle skirts have just some math behind, so we won't need a pattern.

We'll just need to fold the fabric in four, and apply a formula to calculate the inner radius:

For the seaming allowances consider about 3 cm (2 by 1.5 cm). They cover well enough for the zip insertion on the back of the dress.

Although I drew directly on the fabric, nothing forbids you to put down on paper a pattern for the skirt too! 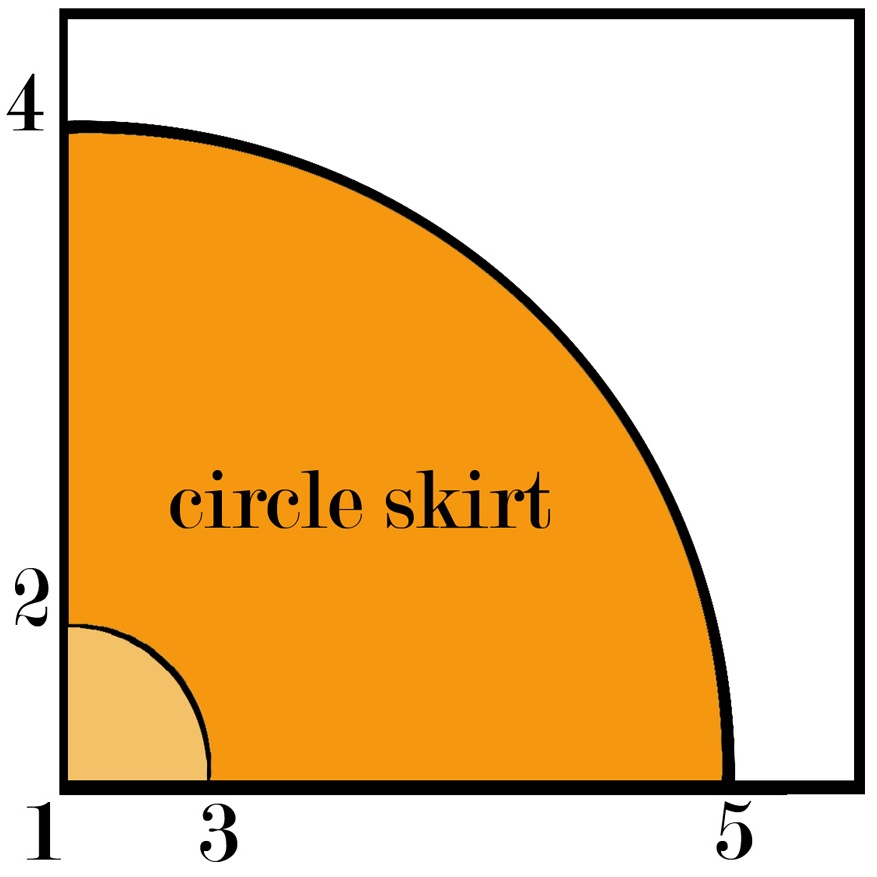 
We have drawn a full circle skirt, from one only piece of fabric). Depending on both your and the fabric's height, you may need to draw a half circle skirt, a three-fourth circle skirt, or a quarter circle skirt! Each time, things are different. Just in case, check this page for more clues.

SEAMING ALLOWANCES: for the skirt, there are no seaming allowances to consider. They are included in the formula!

***
That's it. It may takes a few days, especially if you work in your spare time! Arm yourself with patience, before starting. My advice: stop every time you feel tired. It prevents handmade disasters!

Have a nice day!

Elettra
Posted by elettrarossa at 02:06 16 comments:

Email ThisBlogThis!Share to TwitterShare to FacebookShare to Pinterest
Labels: 1950s dress, basic tutorial, DIY, dress making, free pattern, how to make a dress, how to make a dress with your own measurements, made-to-measure dress, pattern making, sewing pattern

***
Previously,
on
The Red Wedding Dress, Part I.
The Dawn of the Maker.

At our first appointment, my friend put on the muslin of her wedding dress and...Oooops, it wasn't her size! Awkward moments, those - fortunately followed by big smiles, appreciation words, and all. But I was terrified. Again.

...Then we had this very intense week, with the bride coming over almost every day. Nonetheless, alterations based on the original pattern seemed beyond my skills, so I took her measurements again, and made up with a first, then a second, and eventually a third bodice - one every two days, basically.
But each of those had something... not quite right! 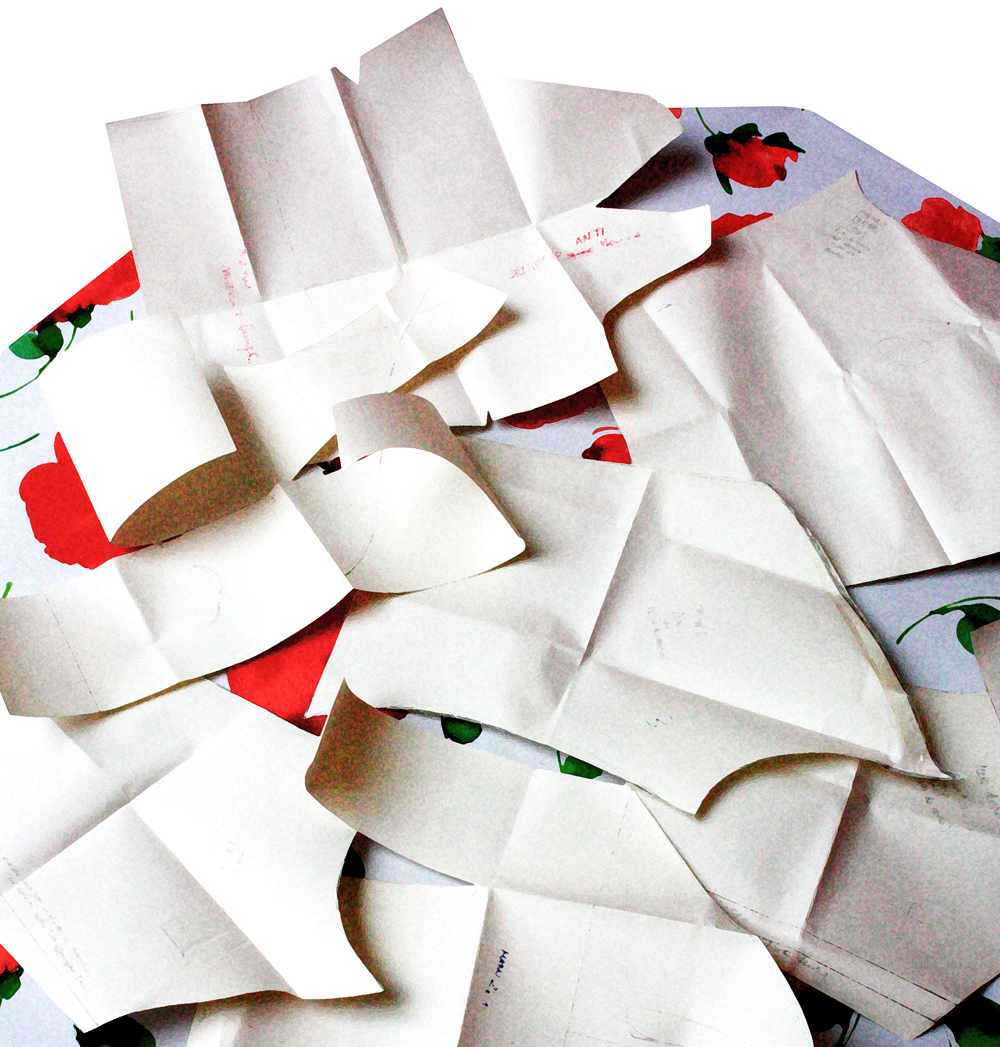 I draw patterns on IKEA paper for children flip-boards.
That's the reason why.

Given the situation, after ten days, I took a deep breath and did the following - maybe unorthodox! - thing: I let my friend wear the latest bodice. With her standing in front of a mirror - for her to say what she liked better, but she stayed quite silent -, I started reducing it, until they were hand and glove. 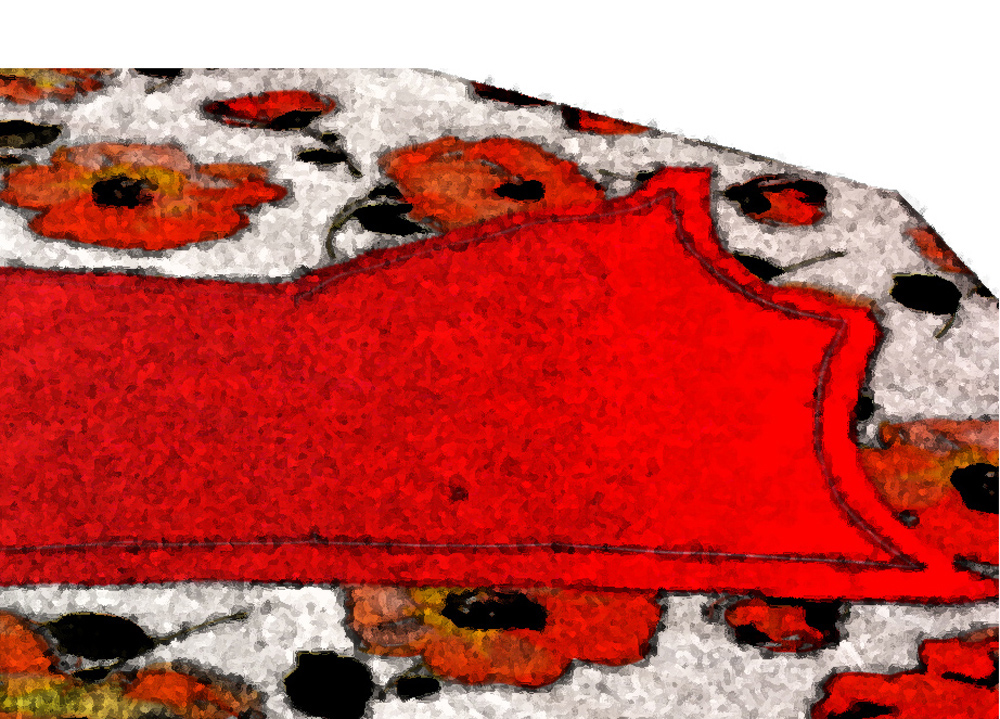 ...Well, rather than a glove, the bodice at that point looked more like Frankenstein's, but I wasn't discouraged. I unmade it, and create a new pattern from its pieces. 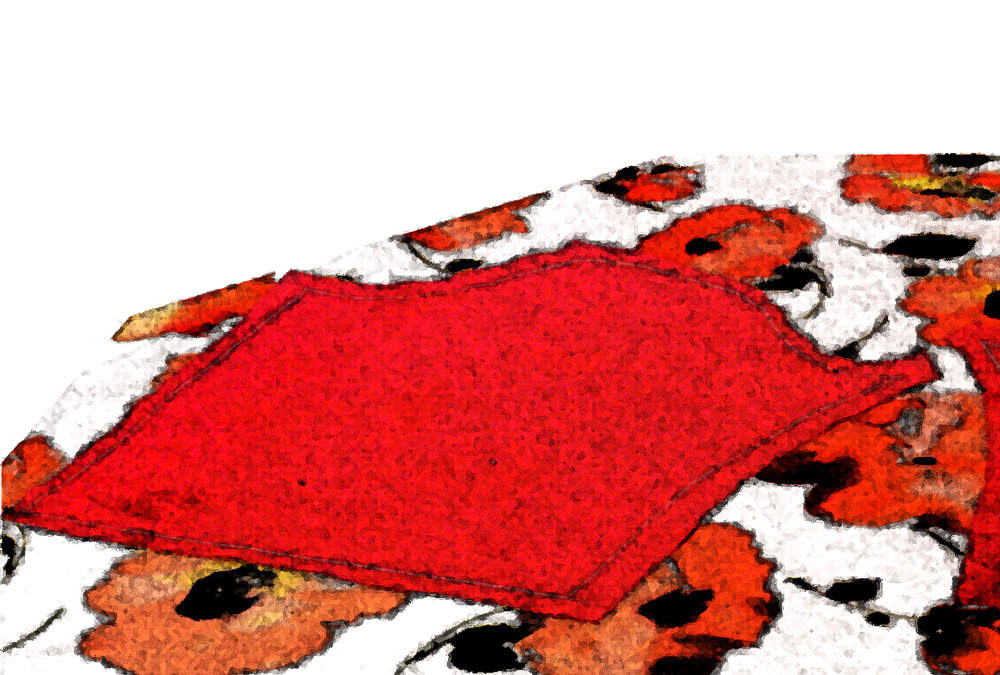 It took many days to do all the work, so... two weeks ahead of the big day, I advised my friend against my own skills! ...isn't it front right again? Sorry, I got confused!
The tablecloth is not helping, anyway.

She kindly accepted to buy a back-up dress, for her wedding's (and my) sake. We went everywhere, from a fancy vintage fair in Dún Laoghaire to cheap department stores. We found many great accessories, but not a suitable back-up dress. Eventually, she managed to buy the perfect substitute in a vintage showroom in Dublin city center...but doing so, she gave up with another piece of her dream: the circle skirt. 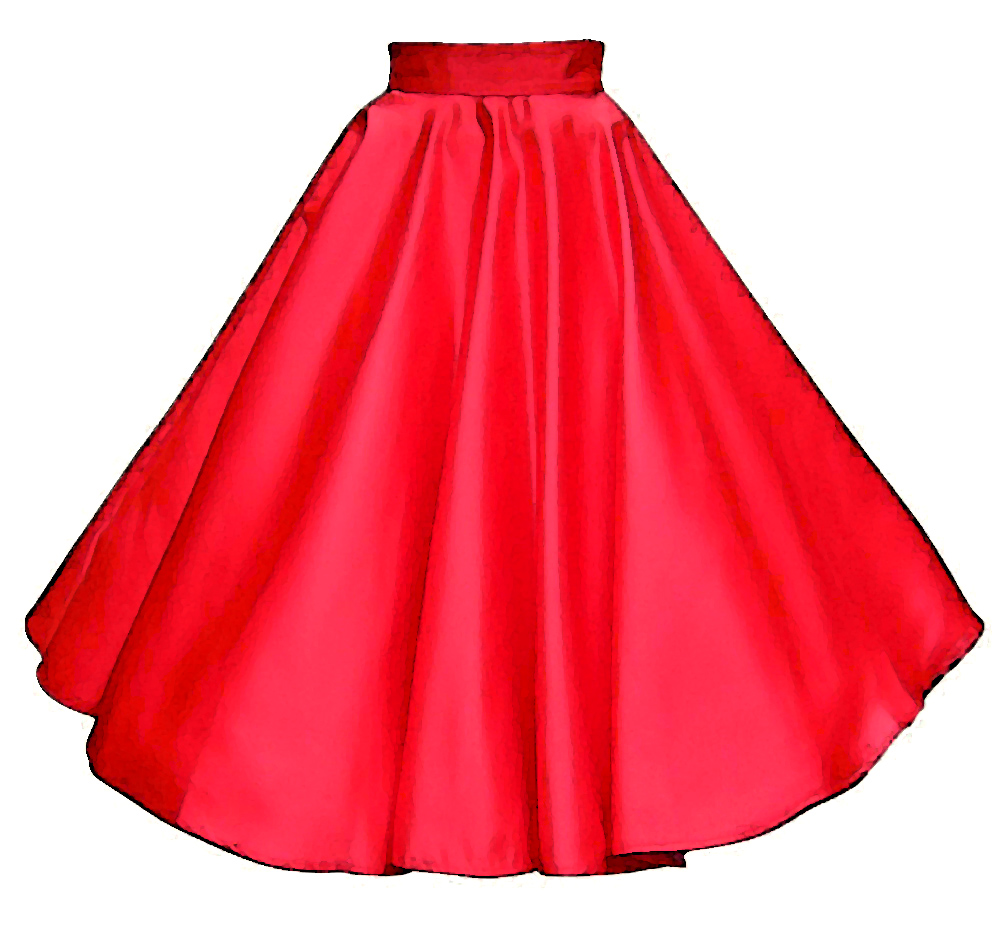 Instead of feeling relieved, when I saw it I just felt bad. A bride should have the dress she feels right for herself. If she wanted a 1950s dress, with a circle skirt, then she would have it! We continued working hard. 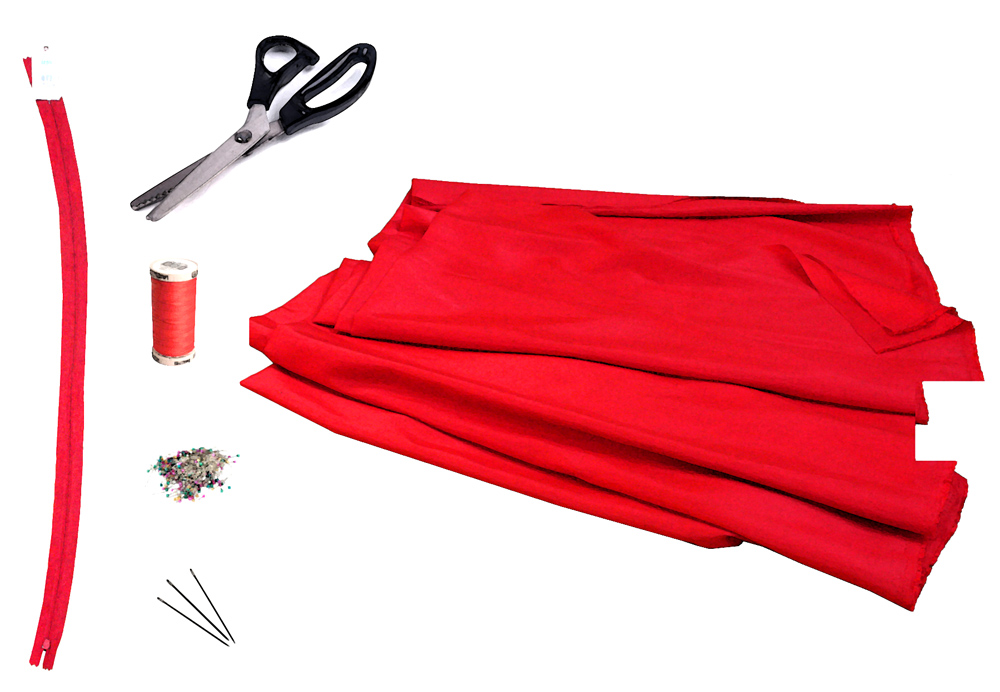 ...all I needed. Plus many hours of work no one ever talks about on youtube!

Of course in the meantime I struggled with the faux silk. I discovered that a perfectly fitting dress is a pity to sew, especially with a stiff fabric that commits suicide every time a pin dares touch it. Beware of those. And I also struggled with the pinking shears, which work great. In fact, once I just cut off the hem and the dress, without noticing. 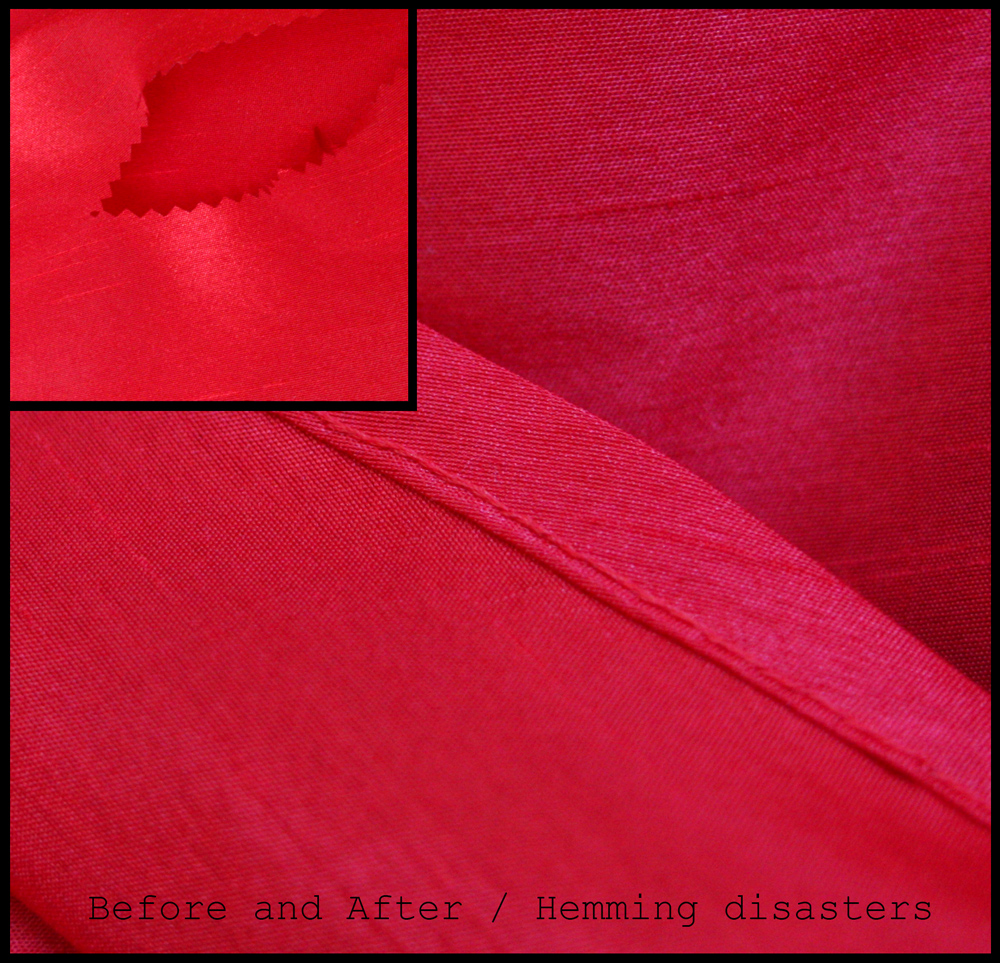 "Bummer, I initialised the dress".

Anyway, after many other inevitable disasters, miraculously, two days before the wedding (actually one and a half), the dress was ready, and I had the pleasure to personally deliver it! What a relief!

O dear, I bought myself an ice-cream, and walked back home.
I love it when a plan comes together. 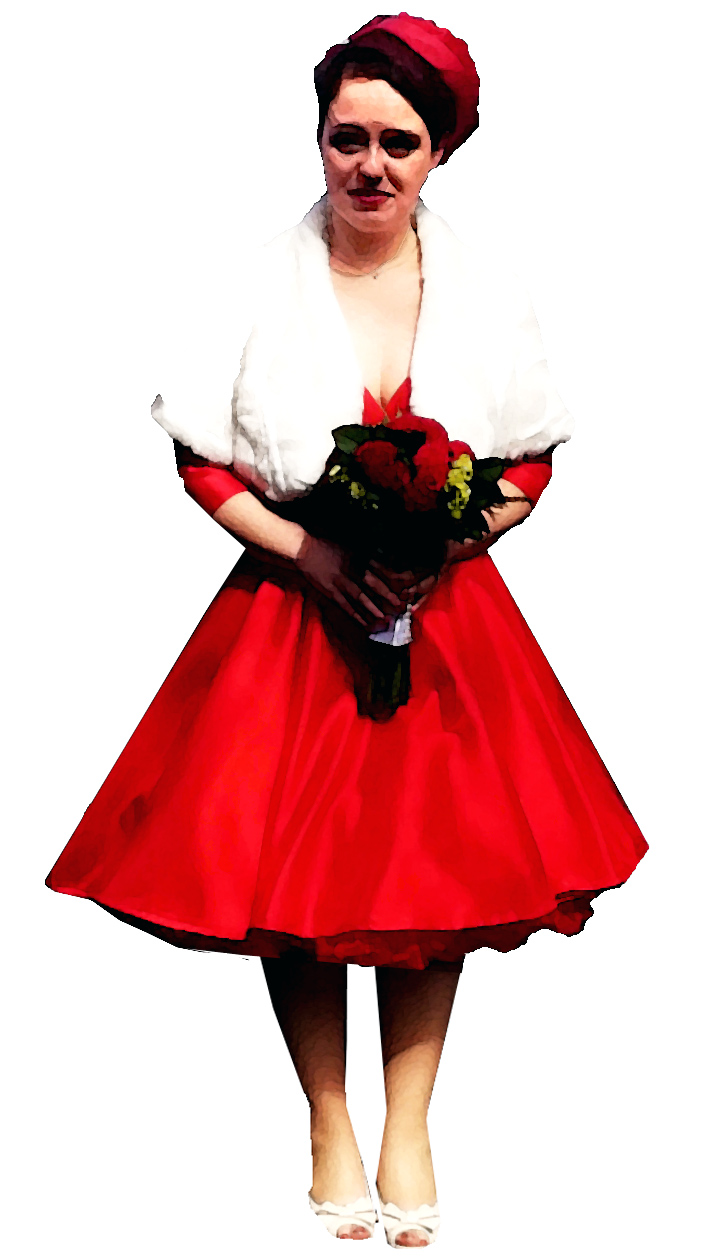 
The story of the red wedding dress ends here. Next post, I'll show you how to Do It Yourself!

The Red Wedding Dress, Part I. The Dawn of the Maker.

I've been barely able to update the blog and the etsy shop lately, but now I'm ready, and very proud, to tell you everything about what I've been up to!!! 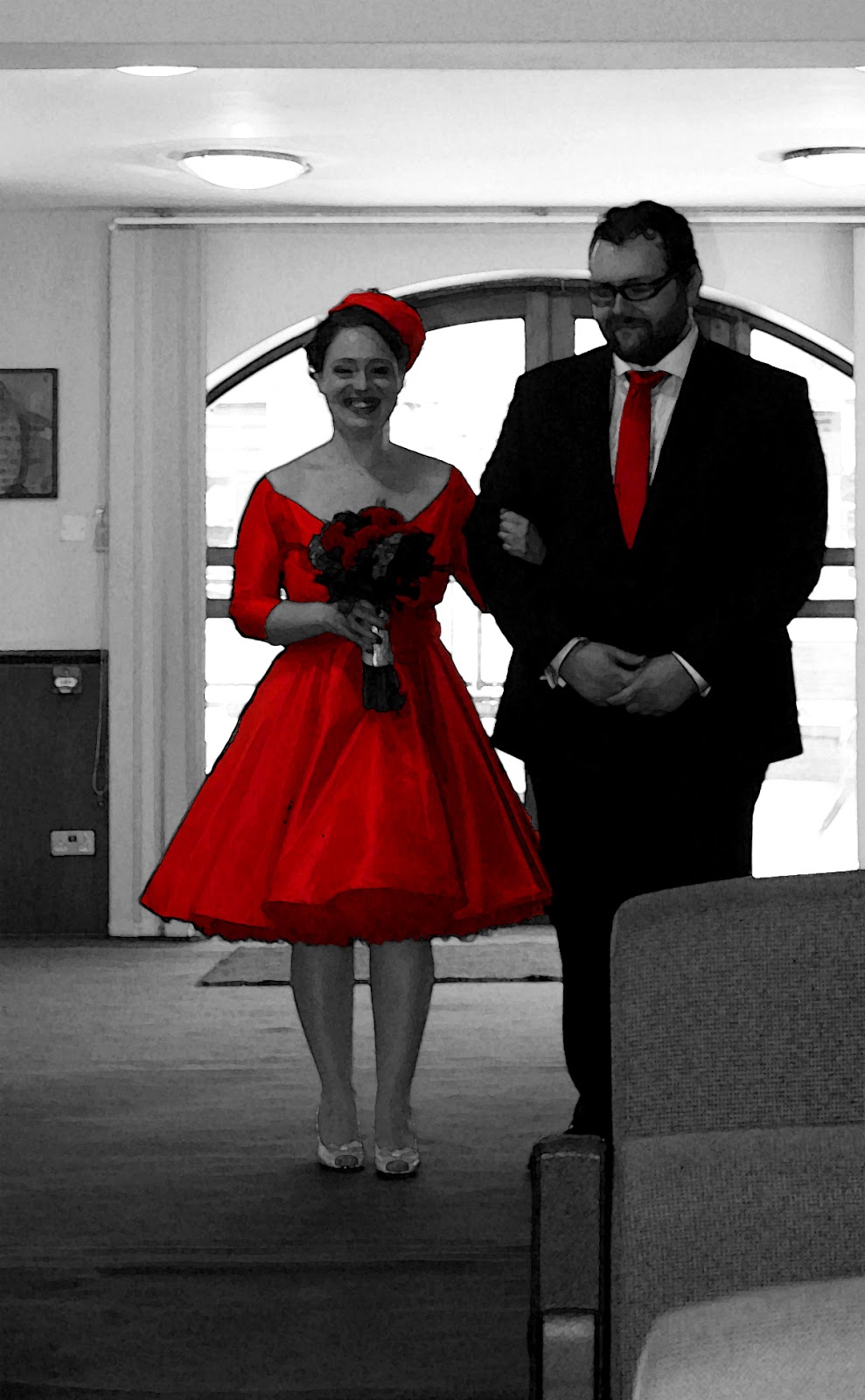 No, it's not me...Some months ago, a friend of mine asked me if I could sew her wedding dress, and of course...I accepted! Because I love happily-ever-after missions, and because I didn't know that it was going to be a breath-taking, no-sleep-allowed task, with a final rush that...well, that lasted the entire month! Obsession is my second name, unfortunately for me and who stands behind the curtain, the fiancé.

However, one step at a time. 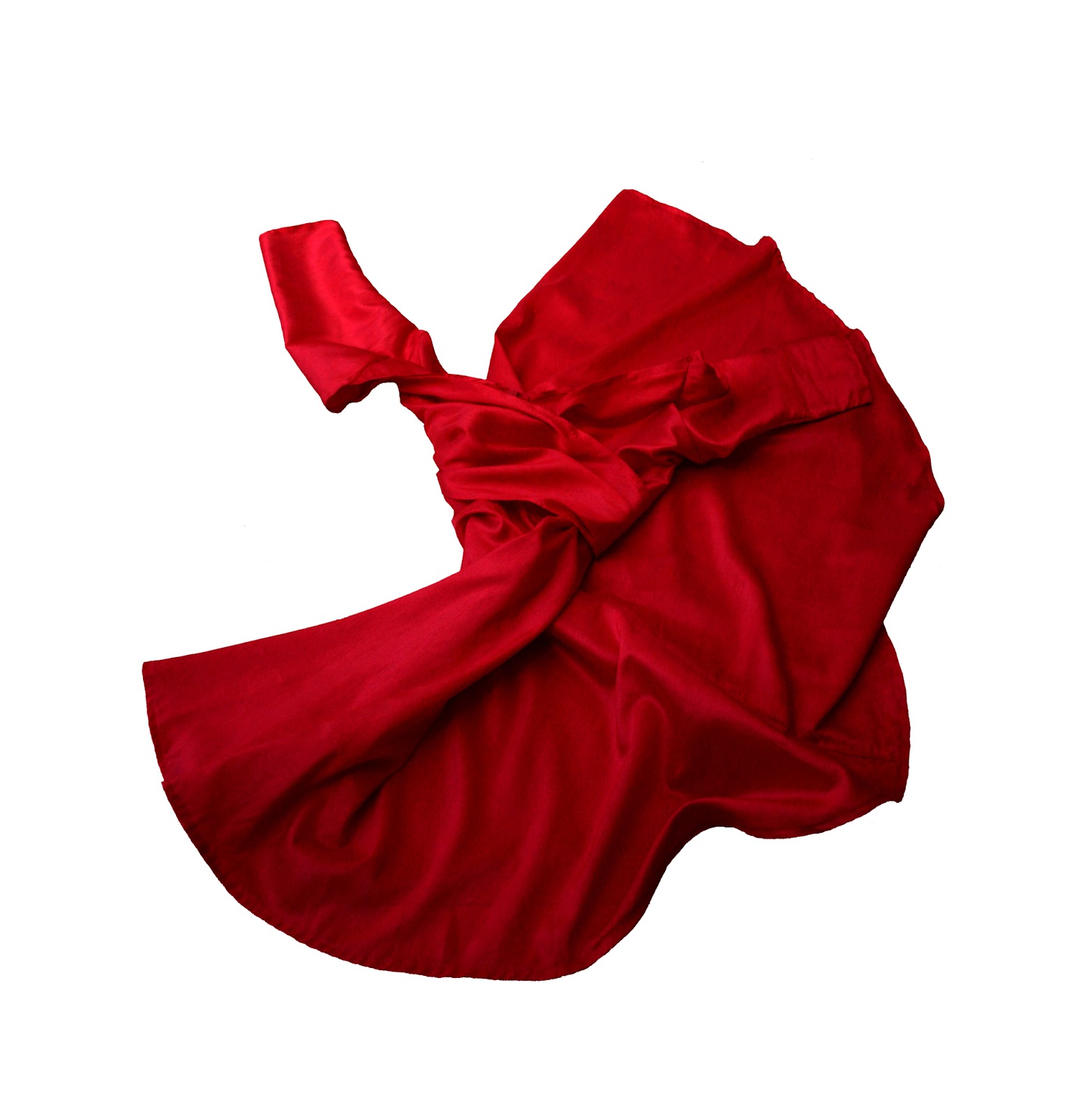 The wedding dress: a dancing section

My friend, aka the bride, desperately wanted a red velvet 1950s dress. At the beginning, we moved in both directions: vintage and DIY. Open-minded, we started wandering about vintage shops and fabric retailers. Unfortunately, she couldn't find anything she really liked in second-hand stores - and I won't here debate on the basically non-existing fabric offer, it is what it is. So, we definitely agreed for a handmade wedding gown and internet shopping. 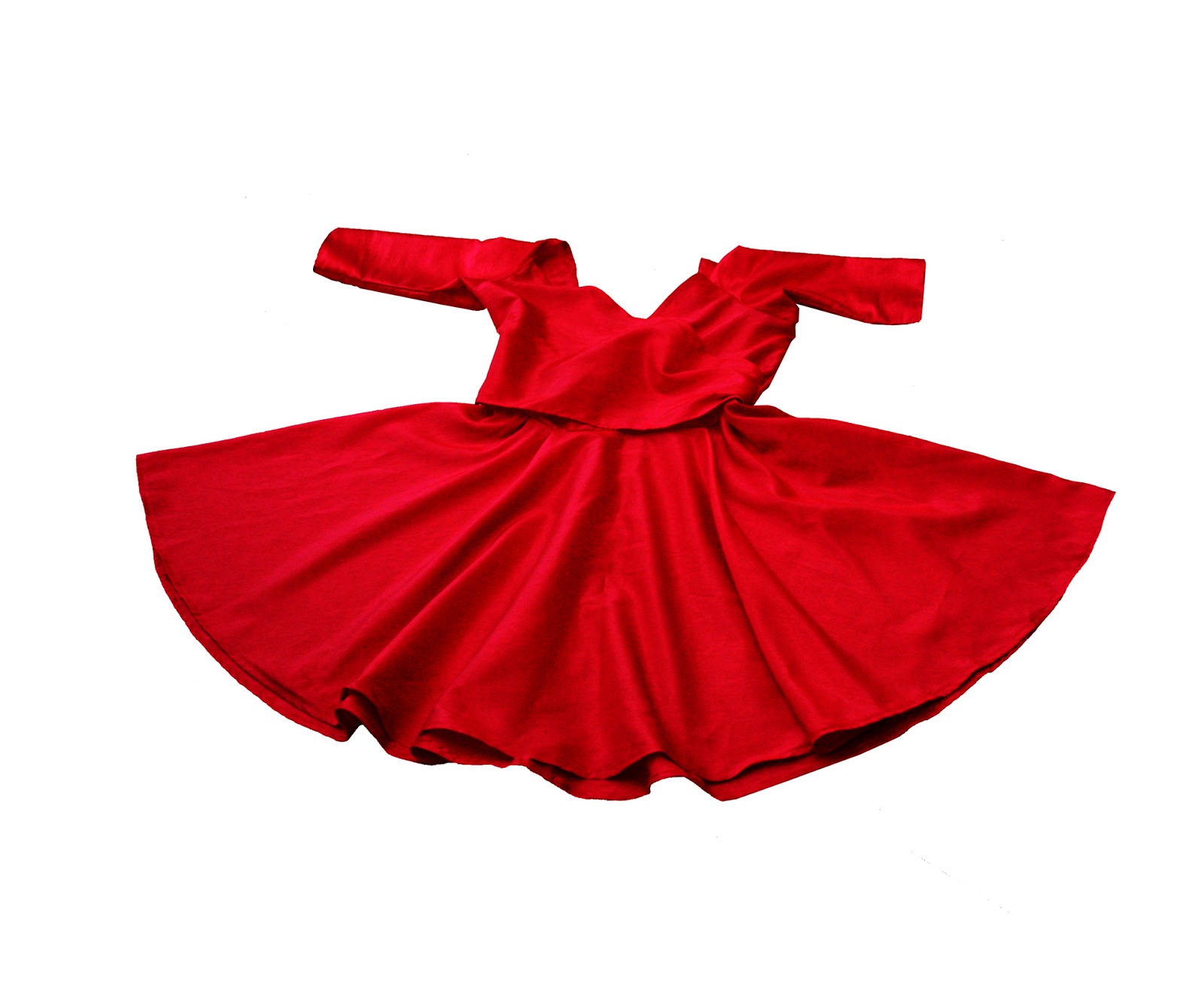 While she was surfing the web in order to find her ideal pattern, we ordered samples of at least 40 fabrics from a few internet-based businesses. But still, she couldn't find the perfect color-texture match. Brides are picky, it is known. Compromising a bit her dream (and so texture for color), she eventually went for a bright red faux silk, which arrived less than one month before the wedding. It was then that I realized we probably wouldn't make it. I was terrified, but I didn't want to give up before even trying, while she... I don't know what she was thinking. But we once again agreed to go ahead. 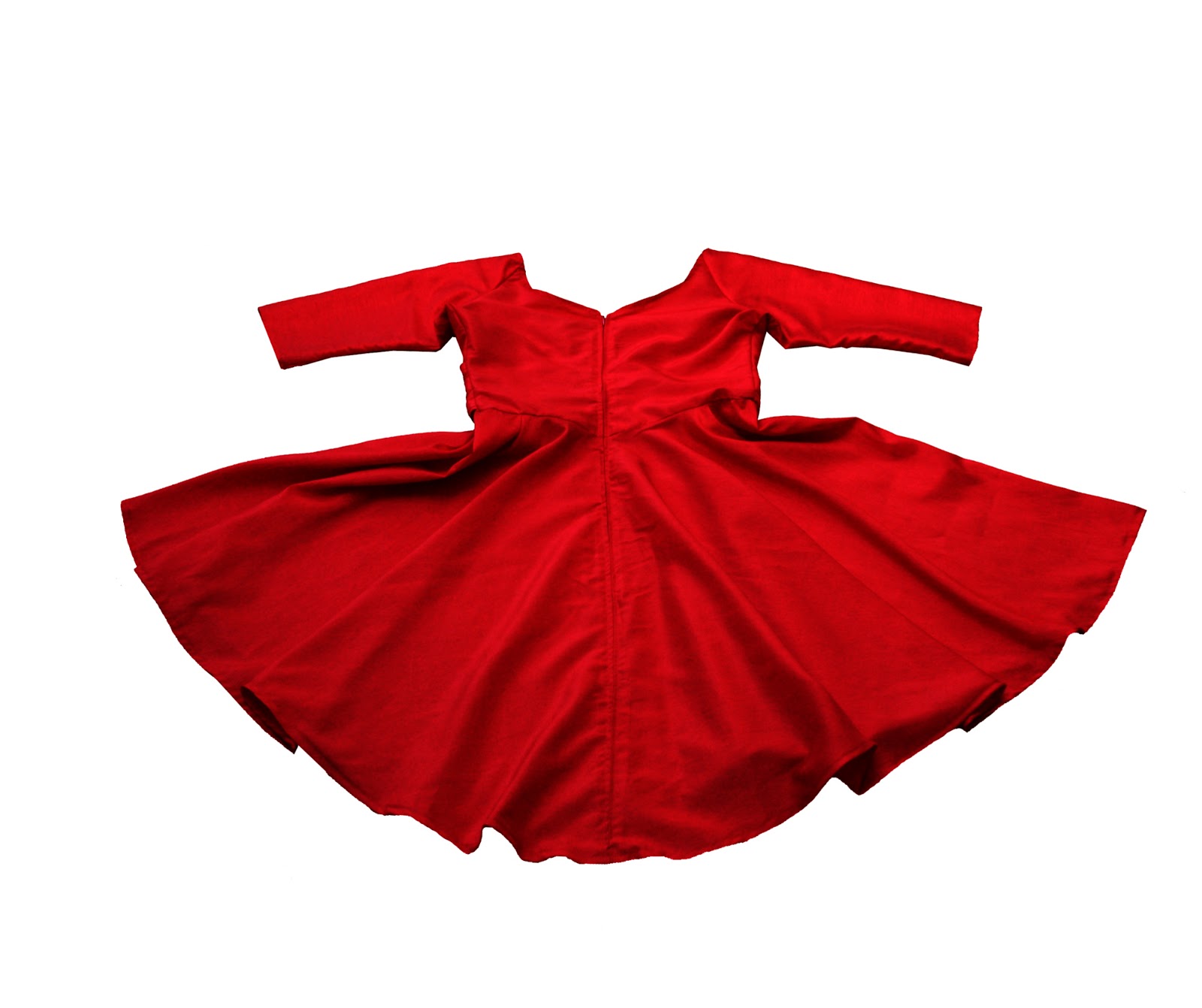 Meanwhile - you guess - we should have bought the above mentioned pattern, but it had happened that her perspective mother-in-law had a friend, who had a sister, who was a seamstress, who had been working in the glorious mid-century Rome. Imagining a dress as fancy as Anita Ekberg's in La dolce vita, we thought it was our great chance. We sent over the bride's measurements, and, when the red fabric arrived, we had just received the pattern below, which is actually a lateral section of the dress, drawn on thin paper. 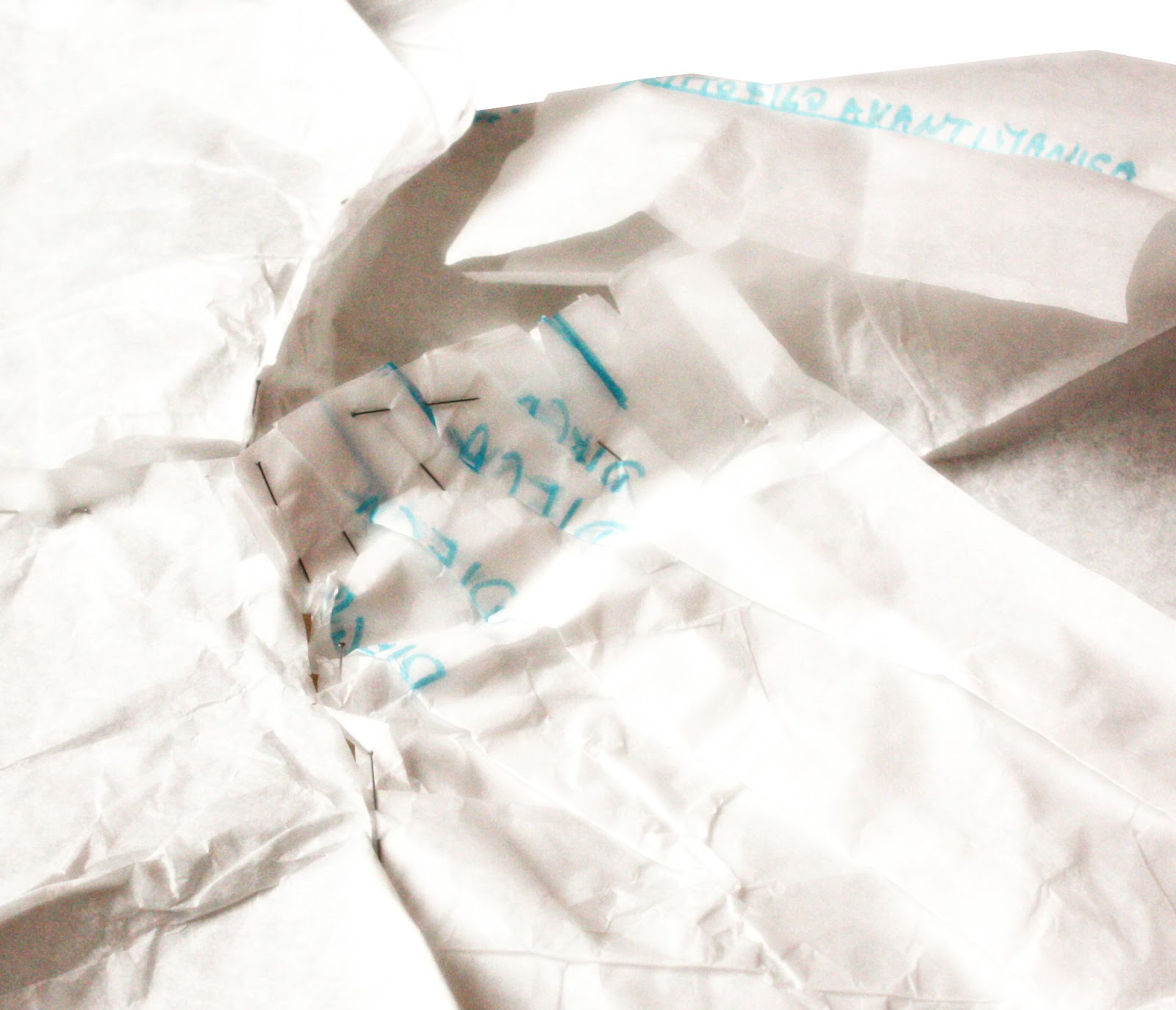 The pattern arrived pinned, so to show where the various pieces join. Fortunately I have some experience with these kind of things, because that pattern had nothing to do with a pattern you may buy today. When I first saw it, I was terrified (again). With a whatever-industrial-pattern if you carefully follow the instructions you can't go wrong, right? 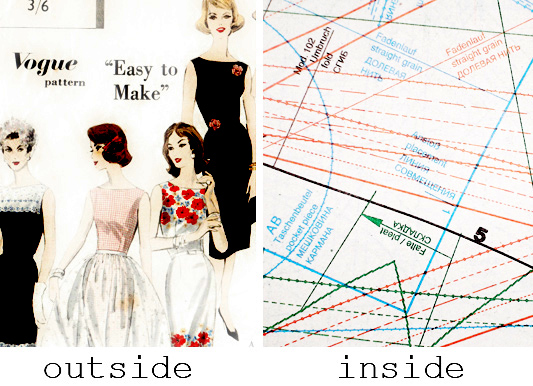 So, that was unexpected, but I put myself at work pretending I knew what I was doing. I quickly prepared the muslin. In three days a first copy of the dress was ready. It turned up pretty well, so I was quite impressed with the work of the Italian seamstress and... with mine!

But obviously that was just the beginning!

Have a happy May Day,

Elettra
Posted by elettrarossa at 03:49 26 comments: